These are some snaps of my Foundry Landsknechts that I completed last year. I have since added some Artizan figures and intend to add a some more Old Glory ones at some point (there are a few Old Glory 2 handed swordsmen already in these pics). I was really pleased with how they turned out considering that a few years before I had a go at some Old Glory Landsknechts using a different painting style and I considered them a bit of a failure. I had wanted to tackle the Foundry ones for years but never had the courage so I was glad it didn't all go wrong.

The flags shown are for French Service, under Bourbon before his defection, in some pics and as Imperialists in the others. I have since done a few more flags which I will post soon. 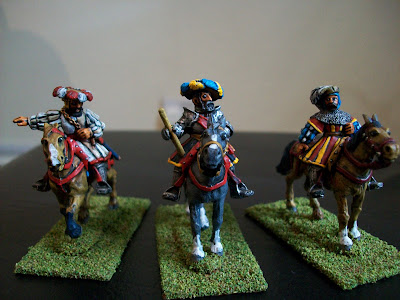 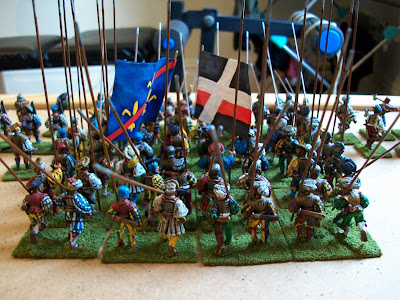 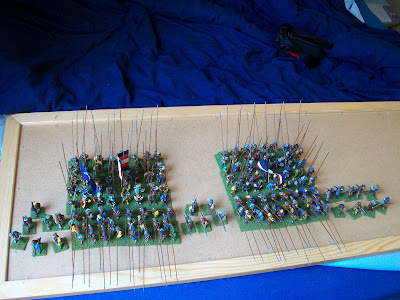 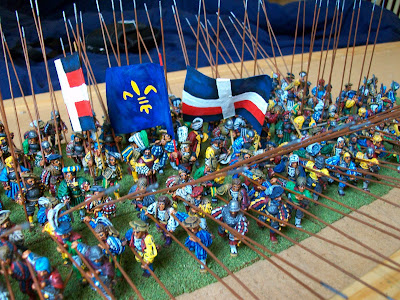 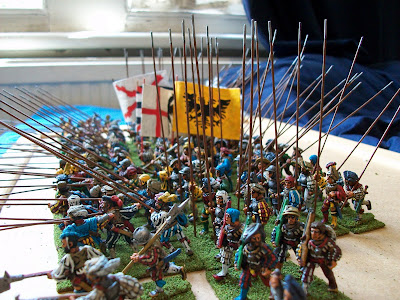 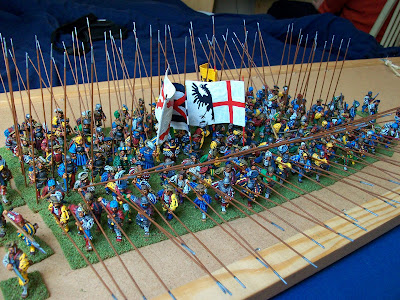 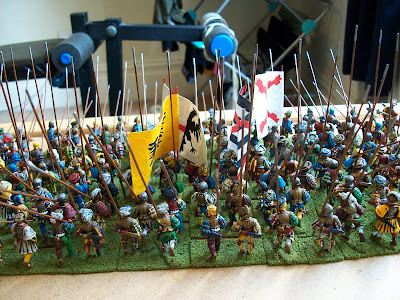 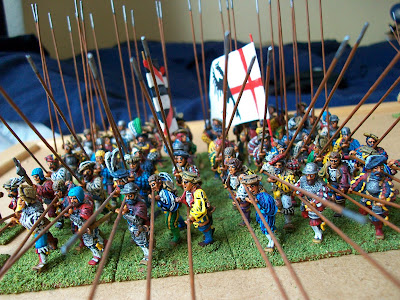 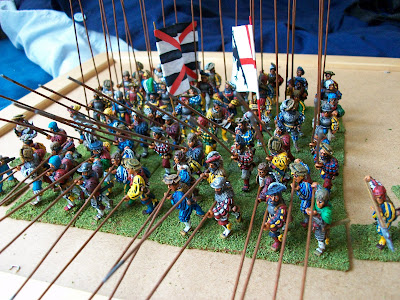 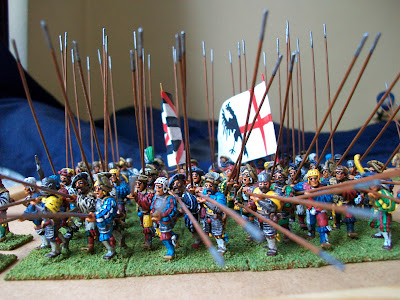 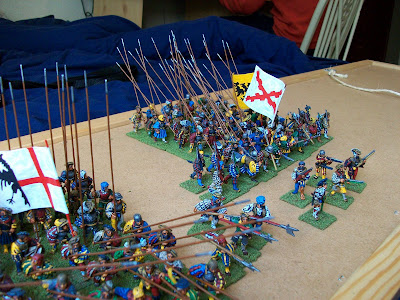 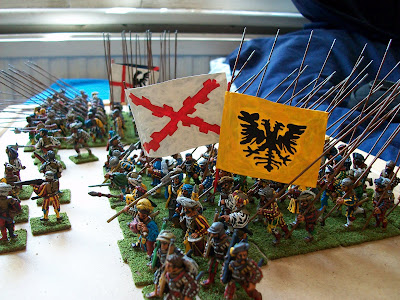 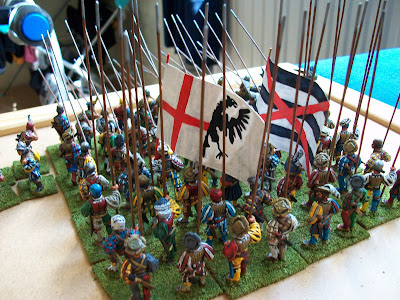 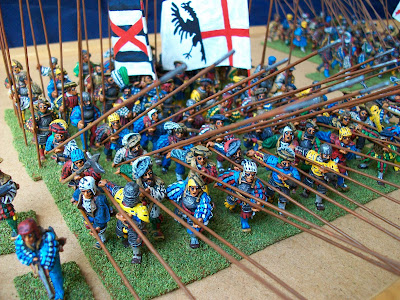 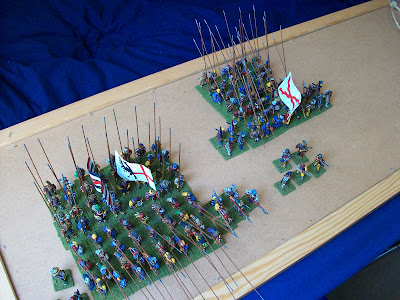 The last 2 pics are of some Old Glory Two Handed Swordsmen, I have 60 of their Pike to tackle at some point, you just can't have enough different styles in the Landsknecht blocks and at least with Old Glory all the pikes will point in the same direction, trying to get some of these figures into a regiment can be a nightmare, especially the ones running along with pikes.
﻿ 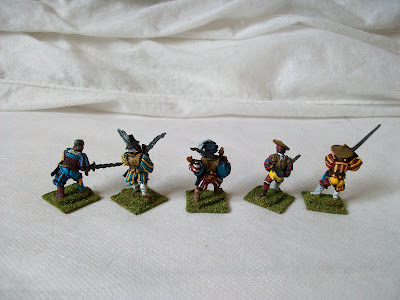 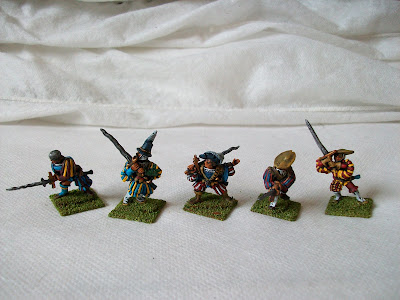