Elmeti and more Men at Arms

These are the latest figures I have finished for the collection. They are all from The Assault Groups fantastic Renaissance range. They are the mounted conquistadors and the Italian Elmeti. I gave most of them the Heavy Lances rather than the Spears they are provided with as standard because I want most of the figures to be either lesser armoured Gendarmes or better armed Coustilliers or Ordonnance Archers, basically in between the really heavily armoured Gendarmes and the Lighter horse.

Although I have pictured them here as a unit I don't think this is how I will use them in the end, the mounted conquistadors with bucklers I will use as either mounted spanish officers or as command in a troop of Jinetes (when I get round to painting one up!). 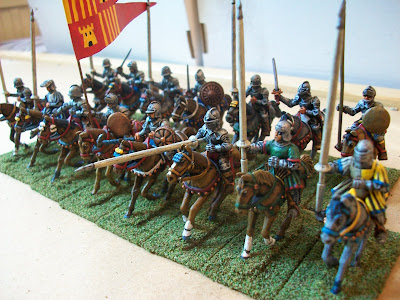 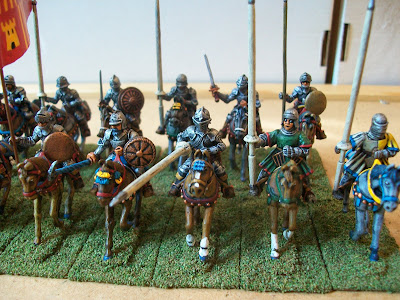 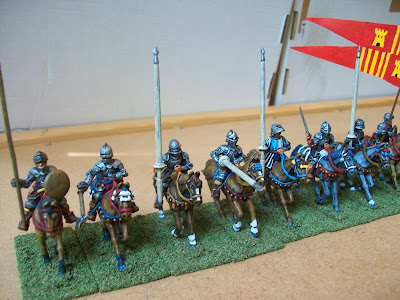 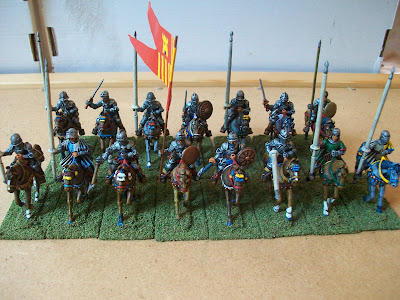 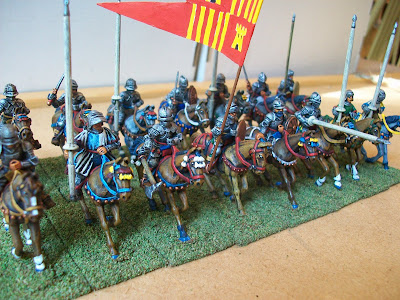 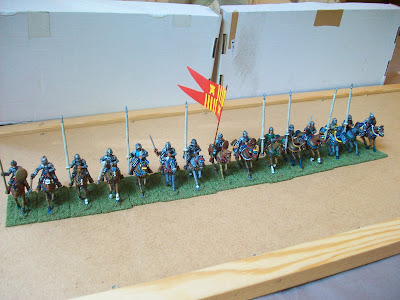 ﻿﻿
Below is another figure who will probably end up as a Jinete, bearing a Spanish standard. I was pretty lazy with the bucklers, I hate having to paint designs on shields!


﻿I gave this guy one of the extra weapons from the Eureka Gendarmes. I think he will be a commander for my Spanish forces.﻿


I think this figure is meant to be pointing with a lance/spear. As with the above miniature I have given him one of the Eureka axes instead. Quite a versatile figure, he could be a command figure or simply a lesser armed Gendarme, his style of armour would be seen all over Europe in the early 1500s. 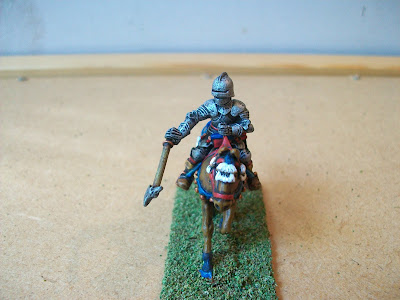 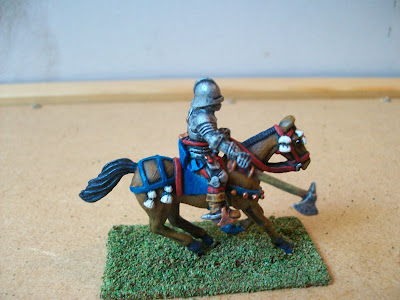 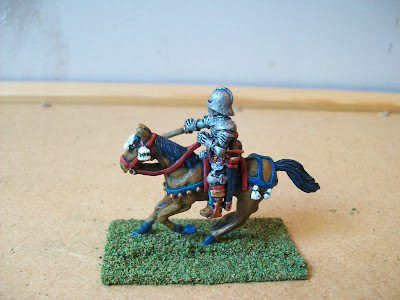 Whilst I want most of the figures to have their lances upright if possible to give a bit of uniformity, I do like the charging figure with the lance levelled. 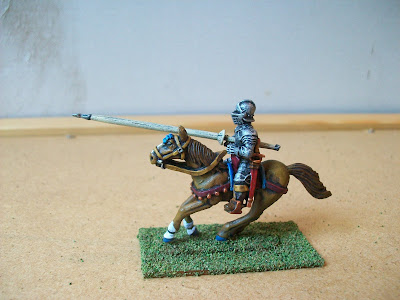 These figures below are the ones that are especially useful. I could see them either filling out the ranks of my Gendarmes or providing a bit more armour in the lighter armed cavalry. 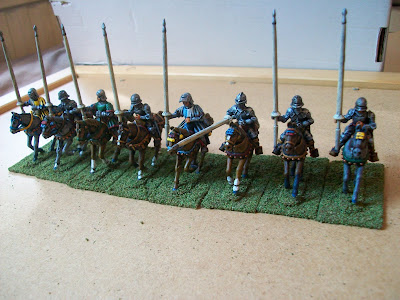 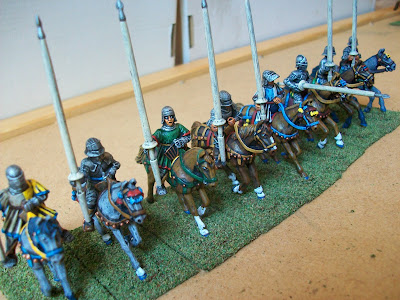 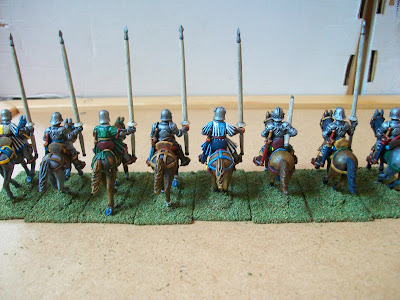 These 3 are great figures, the TAG Italian Elmeti. At the moment they are just adding variation to my other horse. If TAG make some more packs I may create a specific Italian Elmeti troop.


Finally a little extra I finished to add to the Artillery Park, its The Assault Groups Early 16th Century medium ordinance piece. 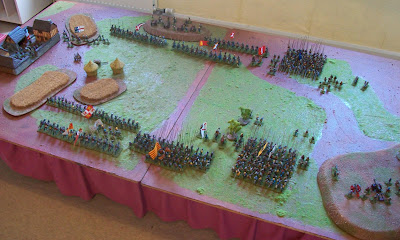 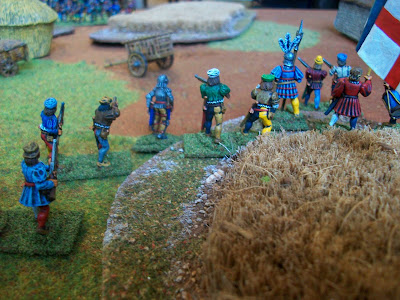 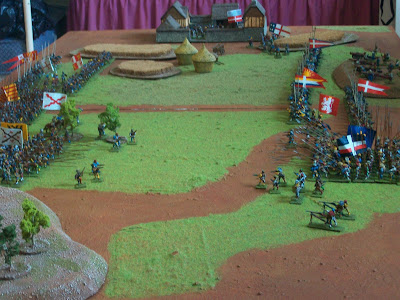 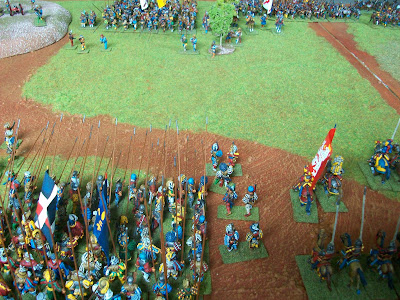 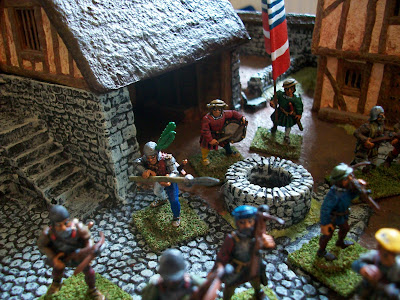 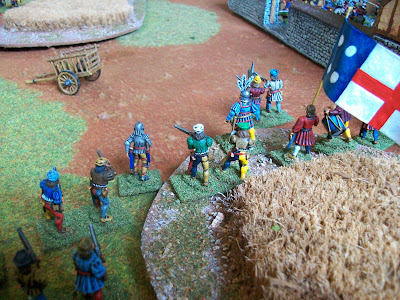 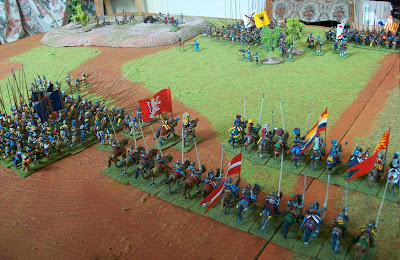 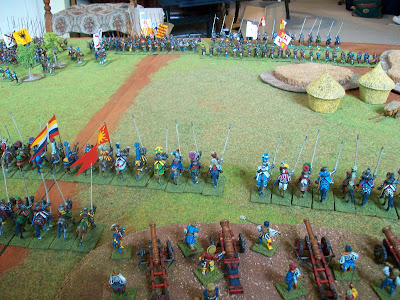 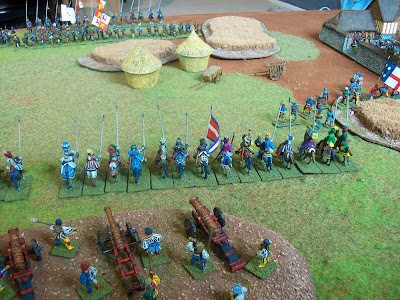 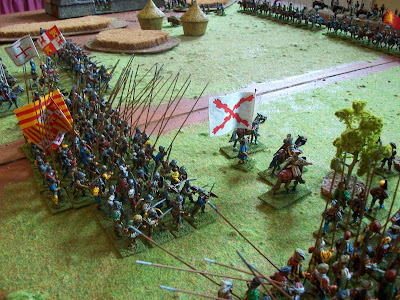 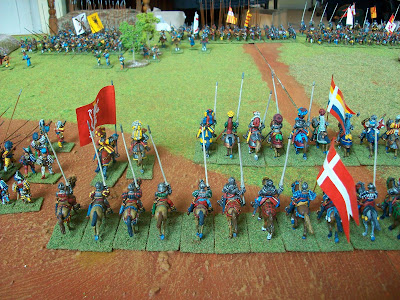