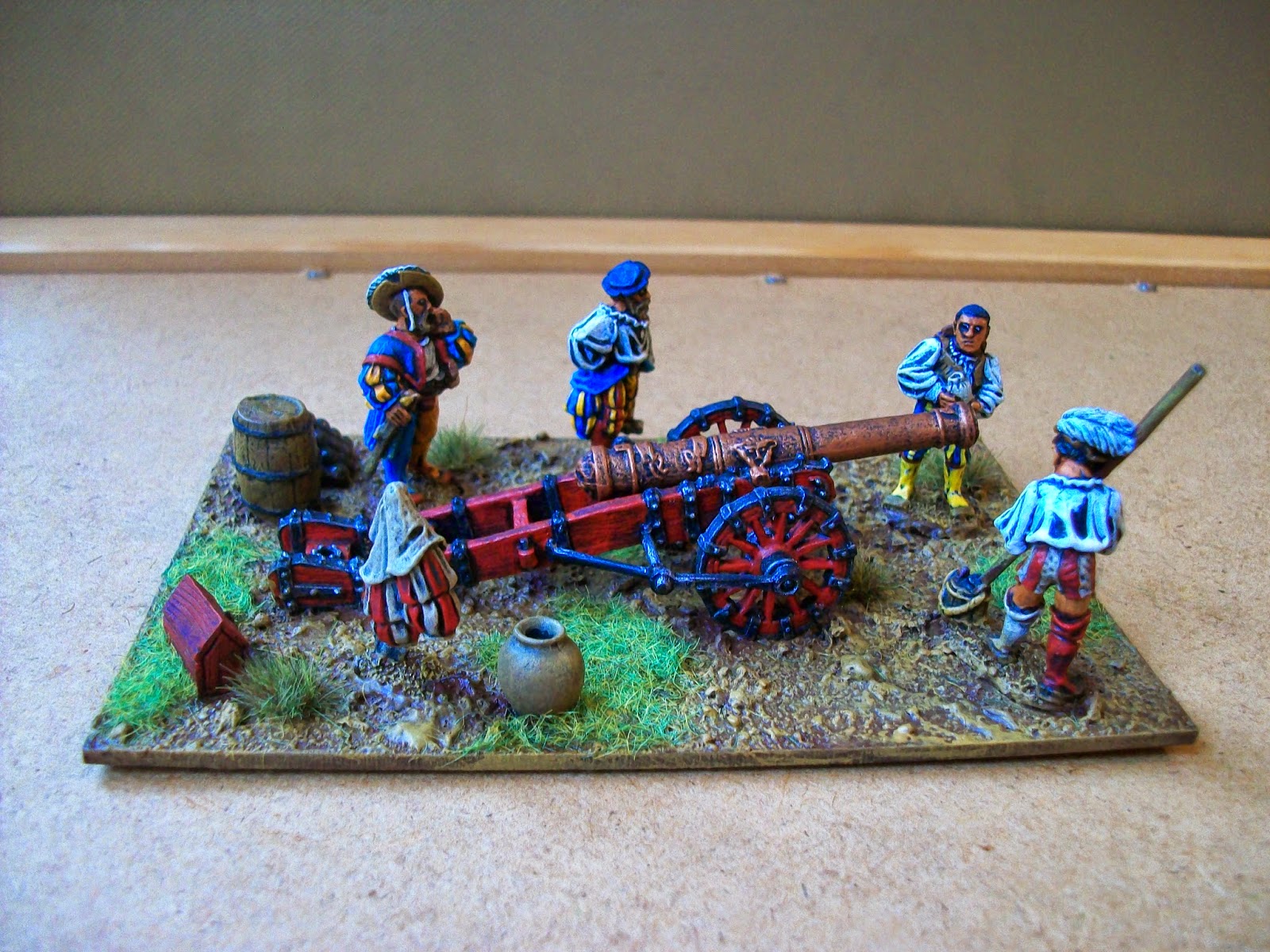 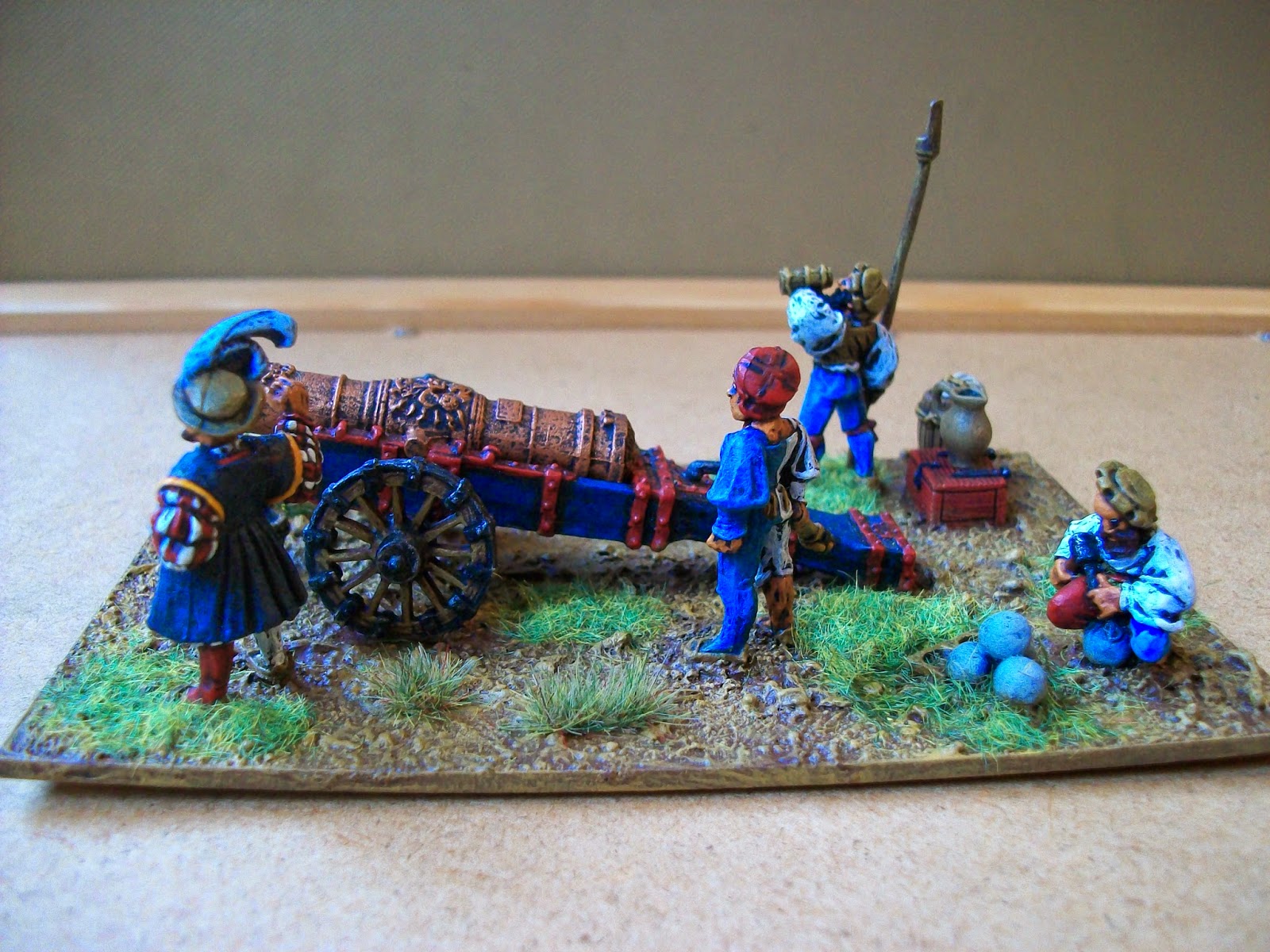 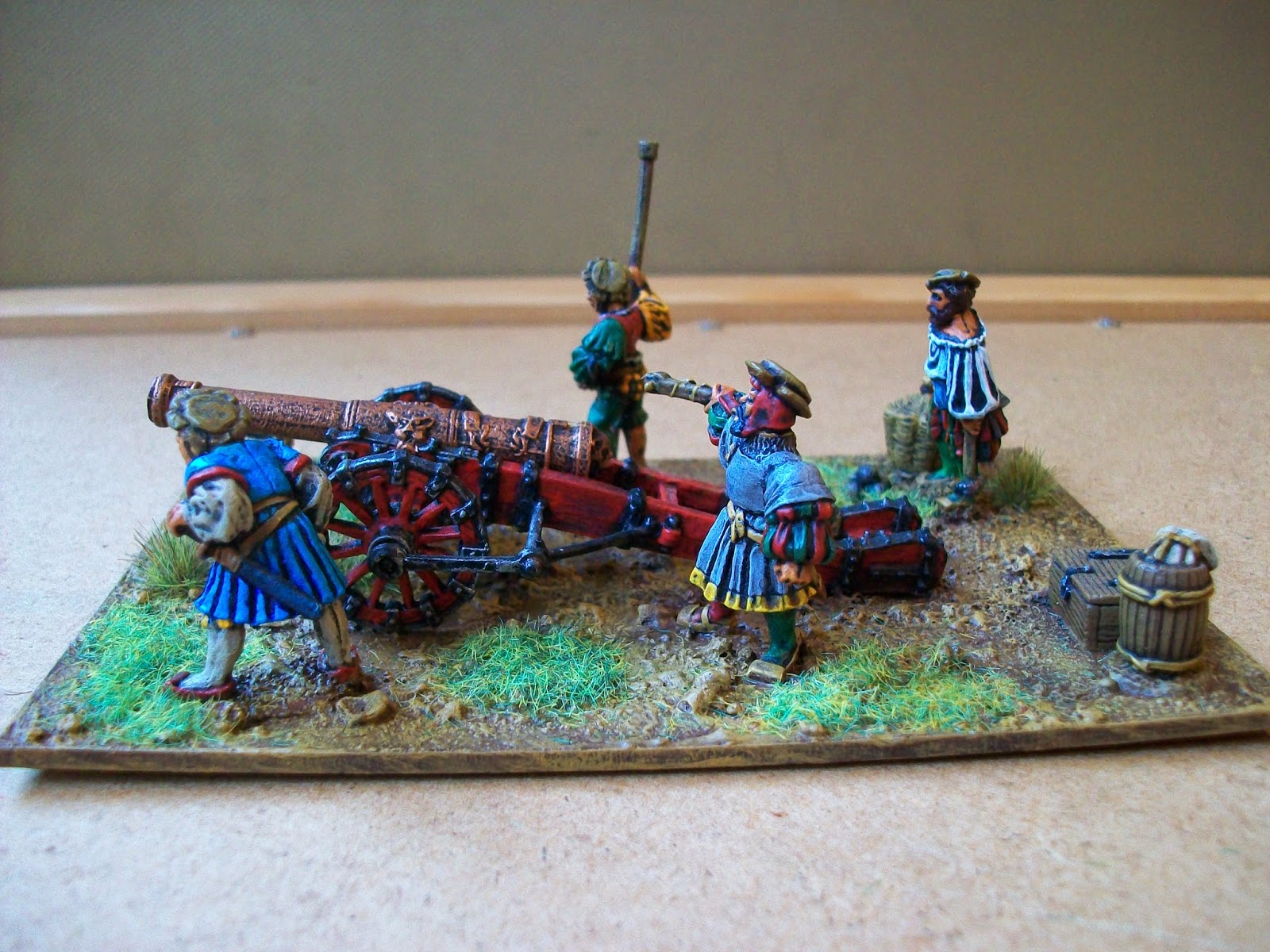 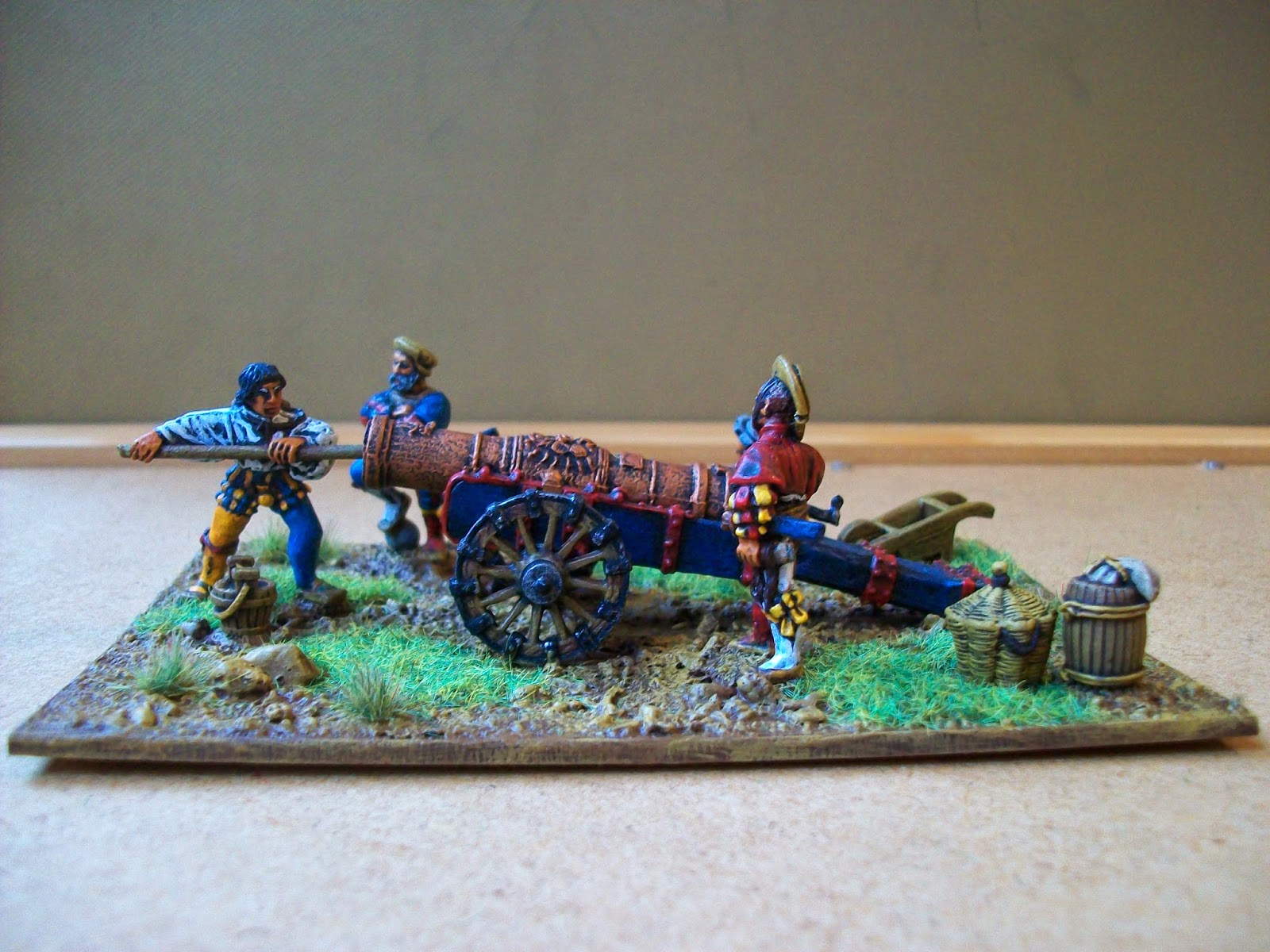 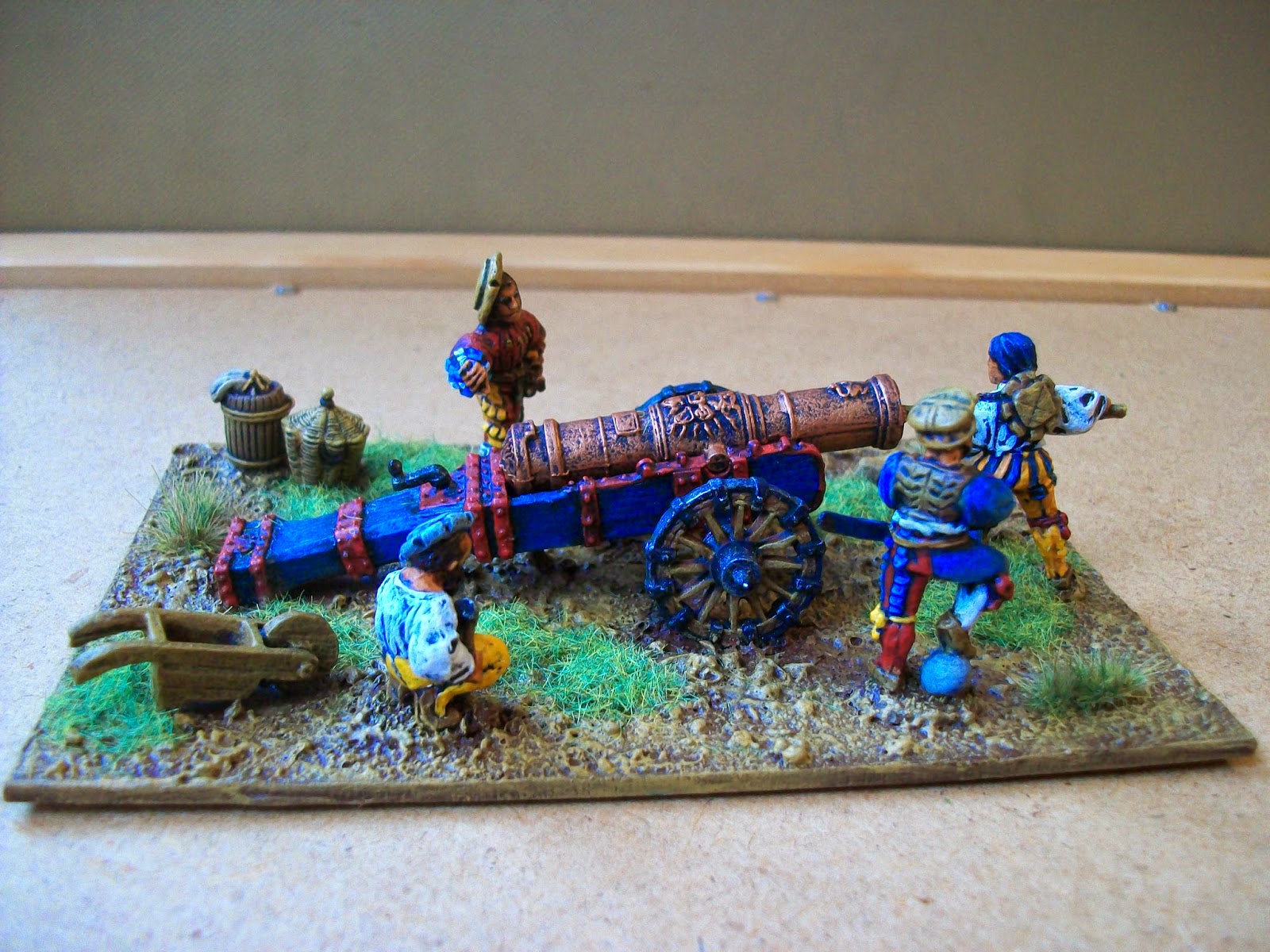 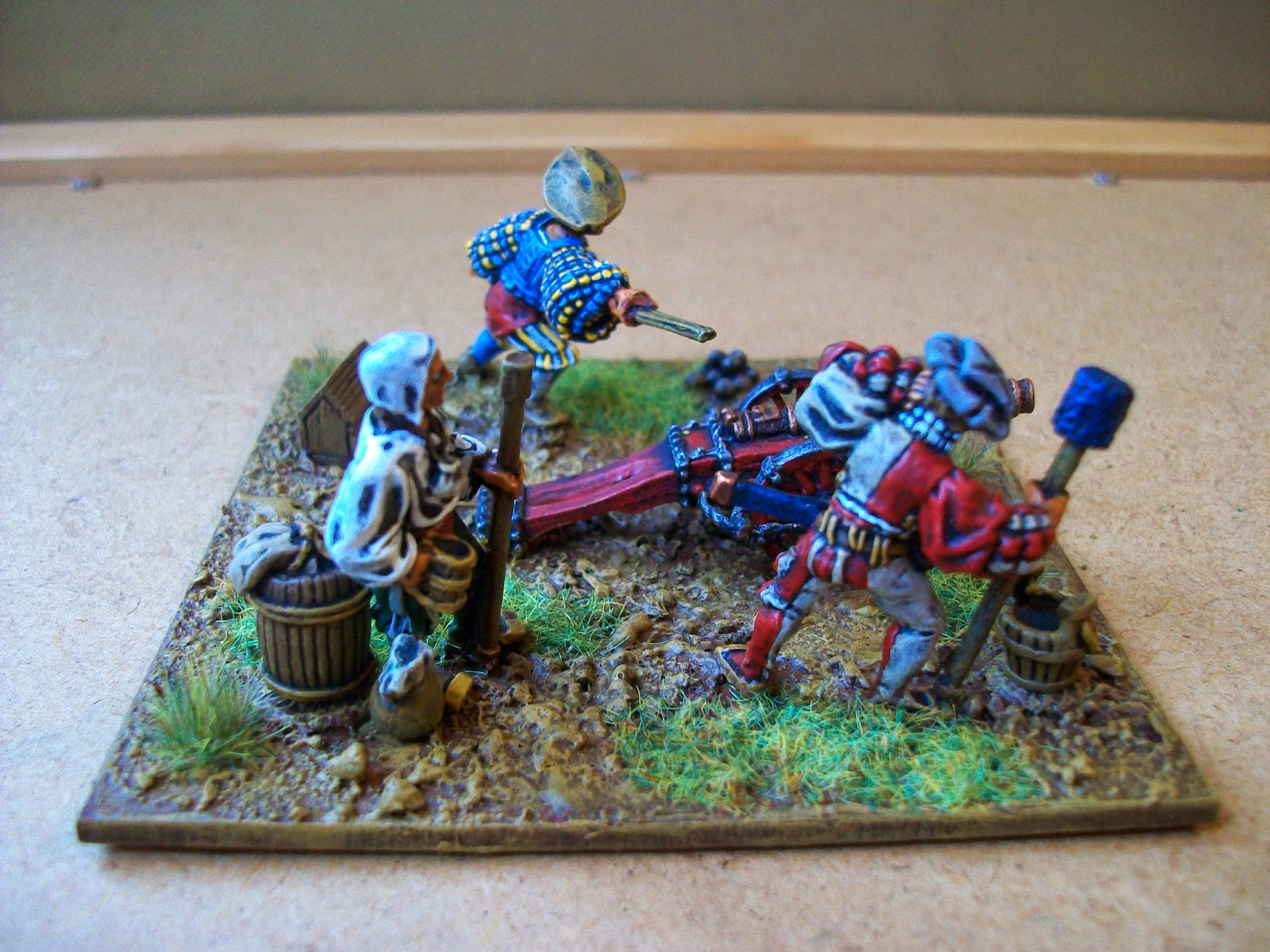 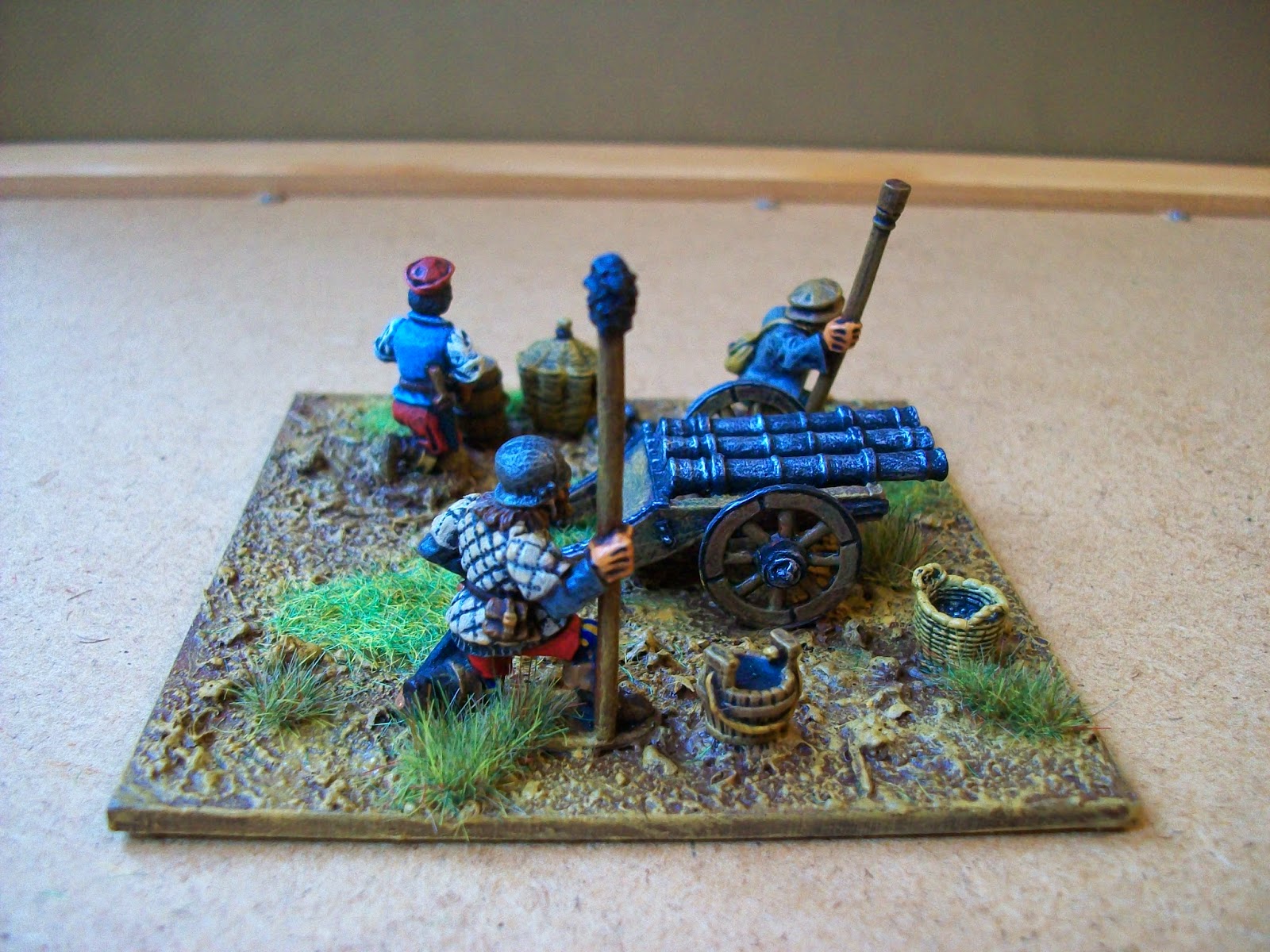 Here are the first 5 guns I have based up and completed. They are a mix of late 15th Century early 16th Century style artillery pieces. The crewmen are from a mix of manufacturers and could serve as Spanish, French or Italian gun crews. I am really pleased with the way they turned out. What surprised me is that when I was basing them it really made me think about how the miniatures work as part of a group on the base, something that I never gave that much thought to before except in terms of ranking up the pike blocks. The tufts off wild grass and various barrels, baskets and piles of shot really help to bring them to life.
I think I need to try an infantry block next to see how different they will look on these larger bases before I can decided whether to redo more figures. Positioning the figures on the bases and adding the final details are quite enjoyable parts of the process but the texturing and painting for the whole collection is still an enormous task so I think I will play it by ear and approach it one group of figures at a time. 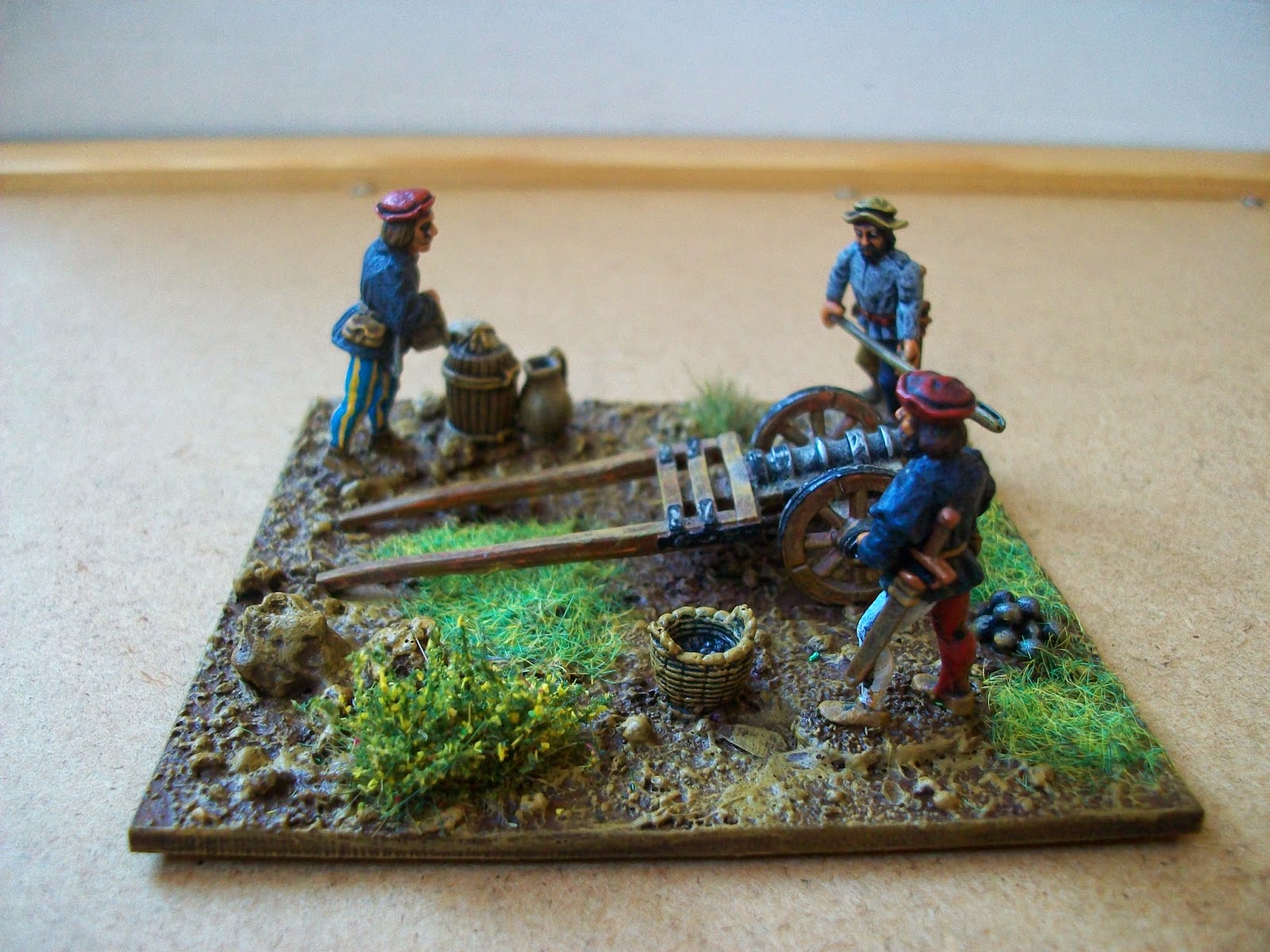 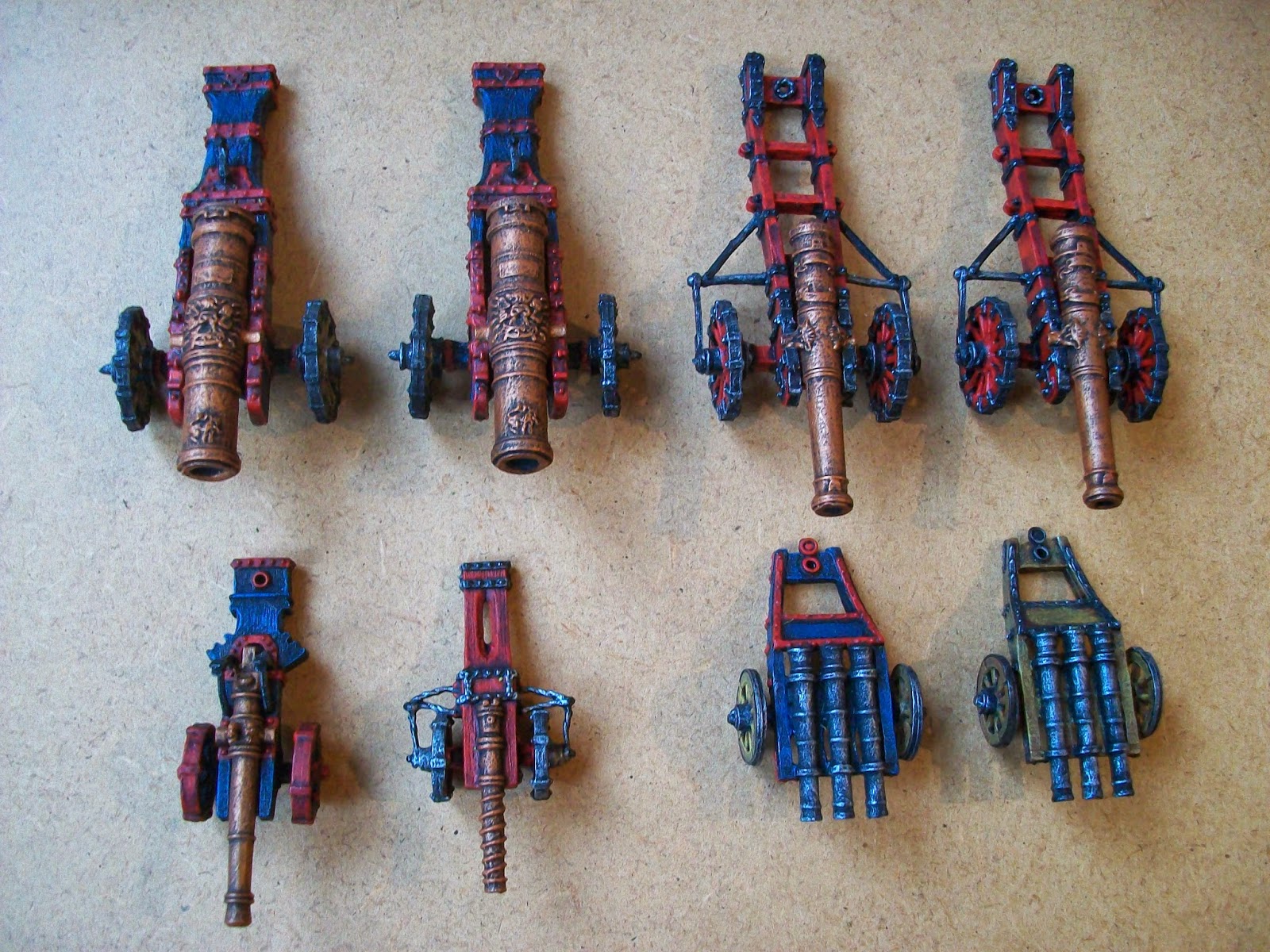