Papal Men-at-Arms and the Liebster Award 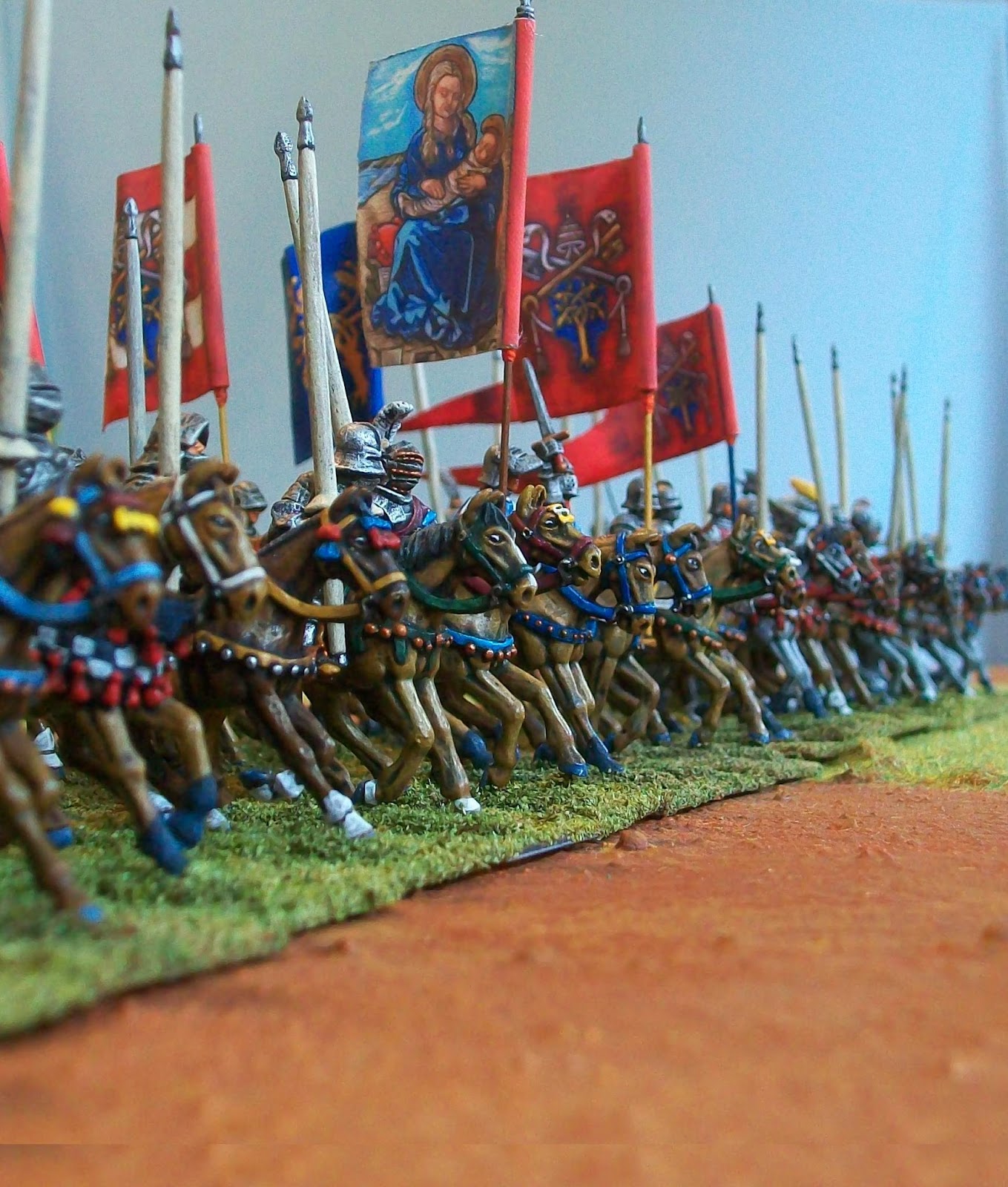 A rather strange title to this post I have to admit, but I wanted to do a response to the Liebster Award I have very kindly been nominated for by Hendrid over at ALBAtwo Warblog http://albatwowarblog.blogspot.co.uk and Jonas M at A Conflict of Interests http://conflictofinterests.blogspot.co.uk . I was also nominated a few years back by Stuart at Army Royal, http://stuartsworkbench.blogspot.co.uk but didn't realise at the time I was meant to nominate fellow bloggers for the award! There seem to be a variety of rules concerning the Liebster, often working around the number 11, but I am going to follow Jonas's example and just follow the bits I like. 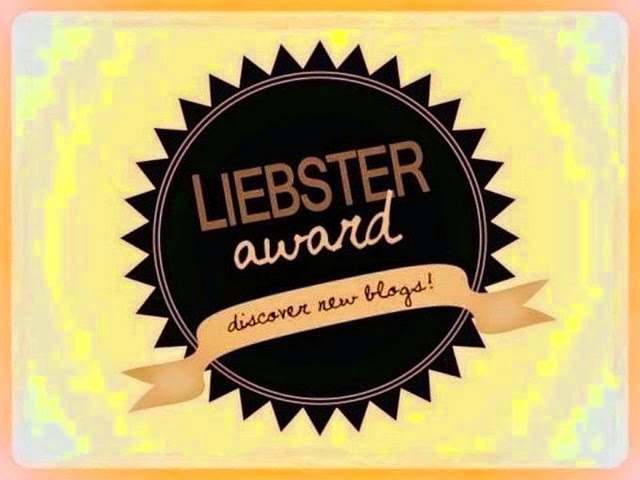 Before I get to that though, this being a blog focusing on the 16th Century I never like to post anything without some sort of 1500s relevance so here are a few pictures of all my early gendarmes or Men-at-Arms combined. The group is a combination of the old Wargames Foundry Figures I have recently been working on, riding horses by The Assault Group, combined with the Spanish and Italian Cavalry from The Assault Groups Neopolitan range. One Eureka Miniatures standard bearer has also snuck into the ranks. The banners, as always, are from Pete's great renaissance range of cloth flags, apart from one which is from Freezywater. They are for troops in the service of the Warrior Pope, Julius II, who ruled from 1503 to 1513. I think the different manufacturers work really well together and also capture that feeling of professional condottieri. They are not overly flamboyant and some are in older styles of harness which seem to still have been in use in the early 1500s. In fact the Gothic suits in evidence here were the height of fashion in 1490-1495 anyway.


With regard to the Liebster Award I gather the etiquette is to nominate blogs with under 200 followers. I am going to go with 5 nominations.

http://thegreatitalianwars.blogspot.co.uk/  Pete's flags have helped make my collection, and even shaped the way it has developed. My armies can now march under beautifully hand painted designs I could only previously have dreamed of and his research is painstaking as well. A fantastic blog!

http://chrisfigurines.blogspot.co.uk/ Chris is a superb miniature painter and he has the same love of the late medieval/early renaissance period as me. It was also Chris who I nicked the idea of swapping the Old Glory Swiss heads with Perry ones from for my Reisläufer.

http://warsinminiature.blogspot.co.uk/ Miguel's blog has been around for years now and his renaissance armies are spectacular. The conversion work on the stuff he is doing for the Fall of Granada is beautiful and I cannot wait to see his completed 28mm renaissance galley.

http://arlequinsworld.blogspot.co.uk/ I have found Jim's articles on Duchess Marie's War fascinated, something I always wanted to know about but could find very little info on. Well written and very informative.

http://goblinlee.blogspot.co.uk/ I have to admit I love the Oldhammer or 80s Warhammer blogs. This was the stuff that obsessed me as a geeky teenager and Lee's collection of old warhammer figures is just astounding, I never knew so many Slann could exist in one collection!

Hendrid has asked 11 questions which I will have a go at answering:

1. What got you into wargaming?
Unfortunately I am not sure I was ever really free of the bug. As a kid I would set up airfix figures and play games with them. I remember my dad taking me to the local model shop where I would buy a box of airfix or Italeri 1/72 figures. In fact I still love this site today: http://www.plasticsoldierreview.com/Index.aspx . Then along came Heroquest, followed by Blood Bowl, then Warhammer, then 40K. The GW bug finally lifted when I was around 16 but the miniature painting and collecting could never be stopped!
2. What's your favourite wargaming period/genre?
Historical - 15th and 16th century Europe, if this blog doesn't give that away!
3. What's the last book you've read and finished?
The Soldier in Later Medieval England, Adrian R. Bell, Anne Curry, Andy King, and David Simpkin, it's fascinating.
4. Who is your favourite miniature sculptor?
With the Citadel heritage, the amazing historical stuff they have done and the fact they are also 15th century reenanctors it has to be the Perrys.
5. If you were sentenced to death by firing squad, who would you want staked out next to you and why?
Definitely Magneto.
6. What has been you most unforgettable wargaming moment?
A game of Rogue Trader many years ago when my friend spent his entire points on an orbital barrage that his 2 figures on the table then failed to successfully call up.
7. Who would you like to write your epitaph and why?
Morrisey.
8. What's your most proud of model and why?
Probably this one, Richard III's standard bearer by Front Rank, Sir Percival Thirlwall. He was killed with Richard, allegedly still holding the standard with both his legs gone! I painted him and the flag when I was about 21 and was so proud of it. I sold it on ebay a year ago.


9. If you could have your own flag what would be on it?
No idea, but perhaps a Wars of the Roses style standard like the one above with beer bottles and pizzas as the livery badges.
10. Why is a Raven like a writing Desk?
I haven't the slightest idea.
11. If you were a character from Lord of the Rings, who would you be and why?
My diminutive stature and rather large feet has often lead to me being called Bilbo, Frodo or simply Hobbit on too many occasions so I think I will draw a veil over this one, haha.

A big thank you for my nominations. I hope to have my Mid-Sixteenth Century pikemen ready in a few weeks for my next post.