To be honest they are not specifically Gascons, more like generic early 16th century crossbowmen. The figures could easily be Gascons or Aventuriers, Spanish or Italians. I got the idea for them from Petes Italian Wars Blog, http://thegreatitalianwars.blogspot.com/2011/05/italian-wars-french-crossbow.html

I thought combining the old GW Empire Arms with the Perry Miniatures late medieval figures was a great idea. To ensure they are more clearly early 16th century figures as oppose to medieval I also used the Perry Tudor Heads and the TAG 16th century swords, http://www.theassaultgroup.co.uk/store/product.php?productid=1172&cat=82&page=6

Below I have are some photos to show how the figures were made up before I painted them. 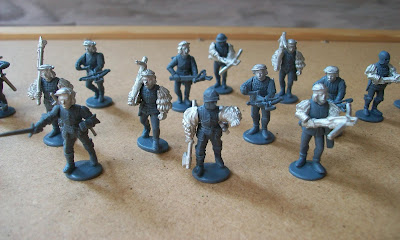 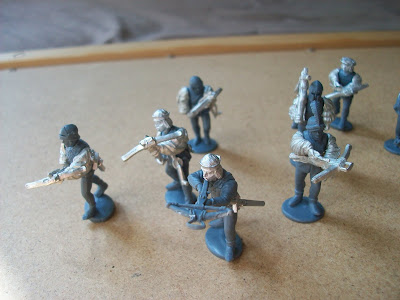 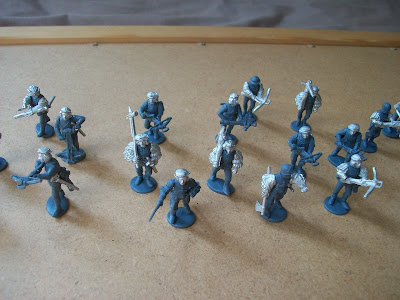 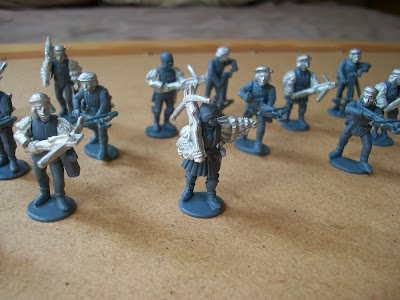 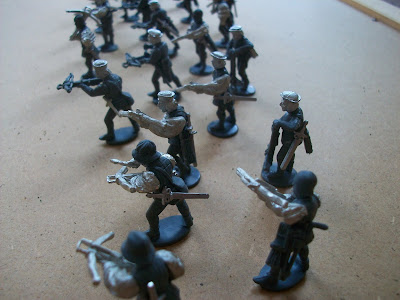 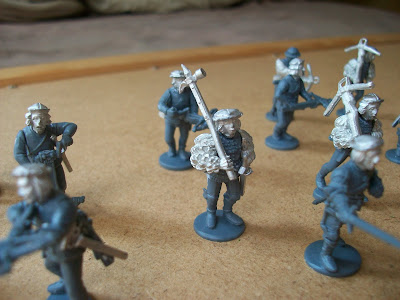 Below is are some pictures of the figures as French Crossbowmen, the drummer is a TAG Italian figure and the standard bearer is a Foundry Conquistador. All the others are plastic Perry figures from the Medieval Mercenaries box set. I tried to ensure that they all had a bolt quiver or some sort of loading equipment as well. The old GW Empire crossbowmen set is useful for this as the figures come with the metal arms and also metal cranequins and quivers. 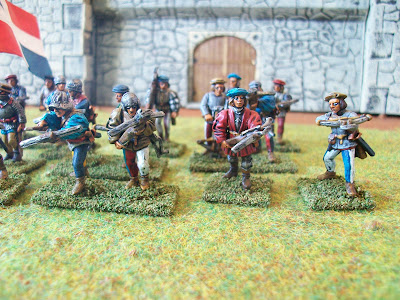 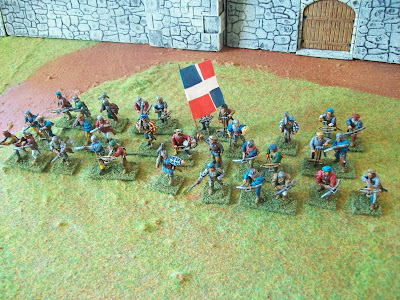 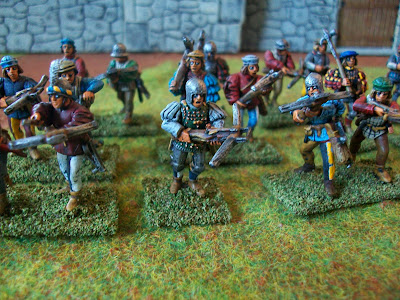 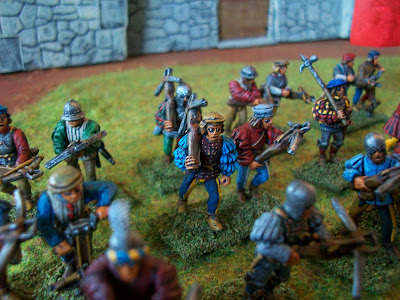 The figures can just as easily be used as Italians or Spanish, I added a Colonna banner instead of a French one and they can then represent Italians in Spanish or Imperial service. The standard bearer is a TAG figure