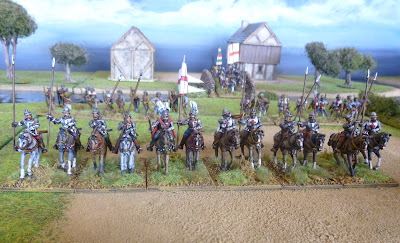 Today we have another unit to add to my 1540s English army. By the mid 1500s demilances were a major component of the English cavalry arm. For Henry VIII's 1544 invasion of France, Sir Anthony Browne, the "Master of Horse" for the army, had in his own personal retinue six men at arms, 147 demilances, 211 light horse of which 72 were border horse and 139 were described as "javelins", 110 mounted archers and 66 mounted arquebusiers. Some four thousand English horse accompanied the army out of which a mere 196 were fully harnessed men at arms. The lack of suitable horses in Tudor England along with the cost of full harness meant that the majority of the gentry served as demilances in half or three quarter armour and long riding boots. They were armed with lighter lances than those carried by true heavy cavalry, hence the name demilance. The Tudors seemed to have enjoyed this classification as they also had demi-culverins, for medium cannons, and demi-hakes, for smaller arquebuses. Whilst there are few contemporary images of these cavalrymen the detail from one of the Cowdray House paintings, shown below, gives a good impression of what they would have looked like.
While there are some suitable Elizabethan demilances available in 28mm no manufacturer currently makes figures for earlier demilances. This unit is made of converted figures from the Assault Group. Some are from the Tudor English range whilst the majority are later 16th century reiters, https://theassaultgroup.co.uk/product/late-16thc-reiter-with-pistols/, with the pistols removed and replaced with lances instead. A lot of the heads have been swapped with plastic ones from the Wargames Atlantic conquistadors set. Three of the figures were originally all trumpeters from the various Tudor mounted command sets that TAG sell. Whilst one of these has kept his trumpet the other two have been head swapped and armed with lances. For these three I've added split sleeves using green stuff as this seems more suitable than just a surcoat for the mid 16th century. Ian Heath's "Armies of the Sixteenth Century", page 51, has an illustration of a figure in a similar style coat based on the Cowdray House paintings. Together all of these conversions have helped create a set of half-armoured cavalry that fit in well those seen in the Cowdray images. Although primarily for 1540s games these figures would be perfect for the earlier Elizabethan Irish Wars as well. 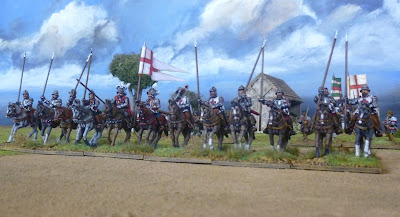 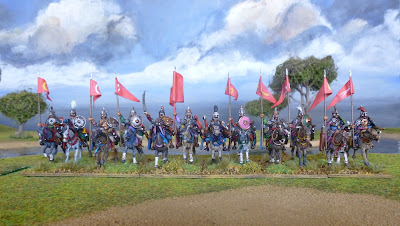 For this month's post I return to the Ottomans with a painted up unit of Sipahis or Timariots. So far I have only completed one unit of these Ottoman cavalrymen, http://camisado1500s.blogspot.com/2020/03/ottoman-sipahis-and-guns.html, but as they were often the largest component of any Ottoman force the collection was definitely in need of some more. Rhoads Murphey in "Ottoman Warfare 1500-1700" estimates that in the early 16th Century, before the conquest of much of Hungary in 1541, (see http://camisado1500s.blogspot.com/2022/01/the-siege-of-buda-1541.html), the Sultan could raise around 90,000 of these troops, 60,000 of them being within relatively easy riding distance of the frontier with Hungary along the Danube. They formed a core part of the Ottoman army.

Whilst "Sipahi" was simply the word for soldier in Persian a "Timar" was an area of land allotted to the Sipahi, hence the term "Timariot". This land was intended to provide him with an income and in return he would provide military service to the Sultan when required. Wealthier Timariots were accompanied by "Cebelus", additional men at arms, the number a Timariot was expected to bring with him to a campaign depended on his wealth. These Sipahis are not to be confused with the Sipahis of the Porte, the household cavalry, which are covered here http://camisado1500s.blogspot.com/2020/07/the-kapikulu-suvarileri-and-more.html.

These figures are from Warfare Miniatures,
https://www.leagueofaugsburg.com/shop/products-subcat-61-2.html. As they are intended for the 17th to 18th century they also carry pistols. Whilst this would be fine for Sipahis of the later 16th century I want to be able to use these for around 1500 onwards so have removed all of the pistols with a scalpel. The rest of their arms and armour fit in well with the early 16th century. The figures come with separate scabbards, shields, bows and quivers, with some also having different weapon arms to choose from. This means that a good variety of figures can be made. I have swapped some of the shields with ones from my spares box to add even greater variation.

The new and colourful unit is shown below, a great addition to the Sultan's forces. In the last few pictures they are shown combined with Old Glory and Assault Group figures and they mix pretty well. The use of the red lance pennants helps to unify them all. As the Timariots were such a feature of Ottoman forces some more will undoubtedly be added. Warfare Miniatures also do versions of the Sipahis using their bows which I am very tempted by. 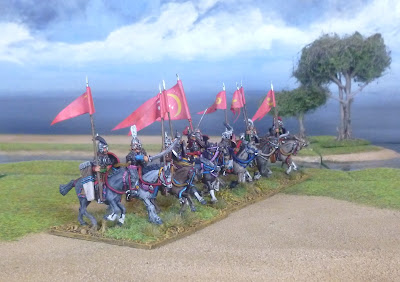 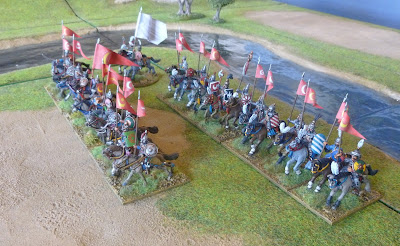 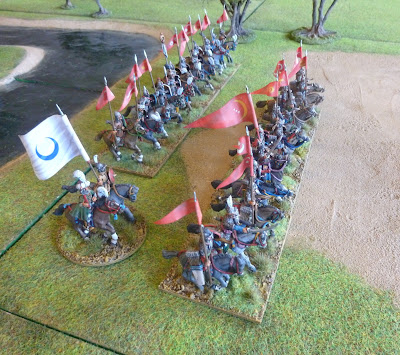