Warfare in this period was dominated by sieges. I have been fascinated by fortifications and their adaptation to resist and utilise gunpowder weapons for years and started collecting these earthworks and castle pieces before I began my early 16th century collection.

The first pictures are of a city wall that has been surrounded by earthworks to enhance its defensive capabilities and to allow the Landsknecht defenders to employ their artillery in defence. The walls and towers are from the old Battlements range available from Magister Militum. The buildings are by Hovels and the earthworks are from Stronghold Miniatures I think, I bought them years ago. The Gabions are from ebay, they are resin castings, really useful bits of scenery. 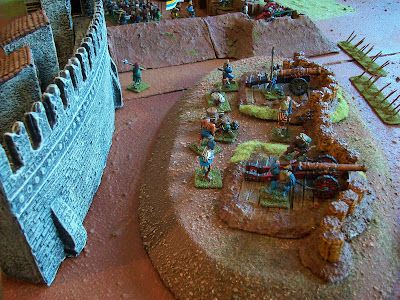 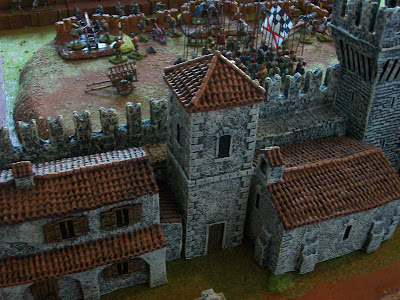 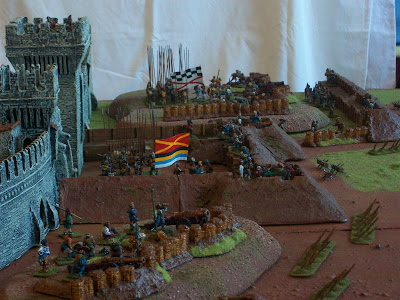 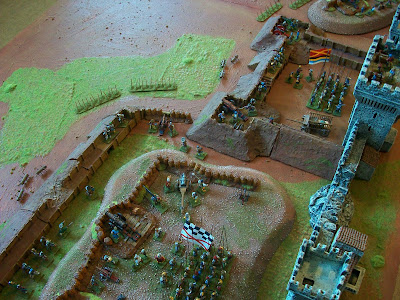