After some very tedious cutting and painting of 60 wire pikes I have finally finished my Old Glory Landsknechts. They will add even more colour to my Artizan and Foundry Landsknechts. As I said in my previous post I think they capture the feel of these troops really well.

The picture below shows all the different headgear these figures have. I particularly the like the hat that seems to be made entirely of feathers (in the bottom right corner in the picture below). It reminds of me of some of the more over the top outfits I have seen in contemporary illustrations.

To bolster my Landsknecht ranks even further I am currently working on batch of 60 Old Glory Landsknecht Pike. I bought one pack of 30 armoured and one of 30 unarmoured pike. Though perhaps not the crispest castings I really like the figures. They really have that rakish appearance of Landsknechts in contemporary illustrations. I  like the fact that some of the armoured ones wear pauldrons and in some cases arm harness. They are all in a bewildering variety of head gear which will look great when added to the Artizan and Foundry Landsknechts I already have.

So far I have painted 36, with 24 left to do. I then have the unenviable task of cutting and painting 60 wire pikes! 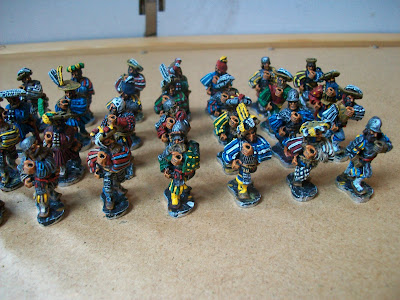 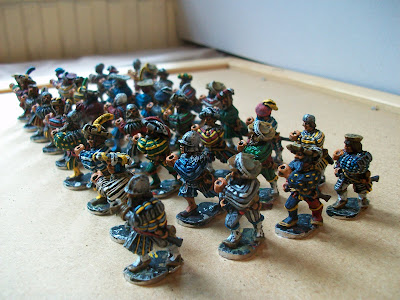 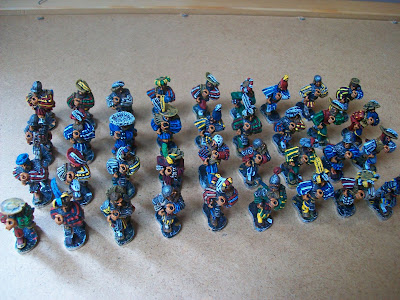 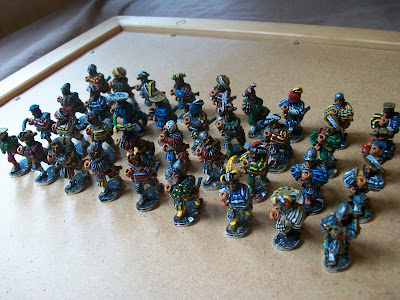 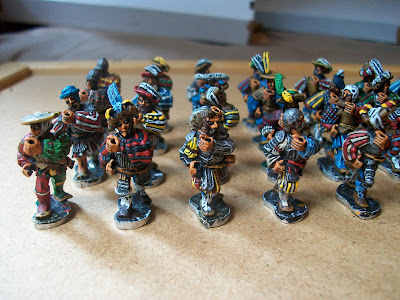 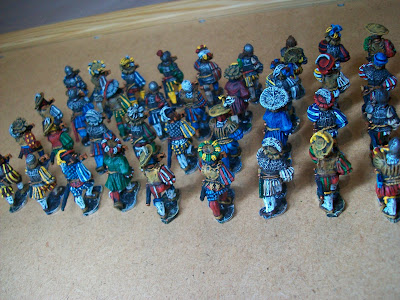 When they are finished I will see how large a Landsknecht Pike block they can form with the figures I already have, at the moment I can manage a terrifying block of 196, 14 by 14. When these are added I think I should be able to get close to 16 by 16. Completely impractical for any game but it should make for some good photos! A pic of the 196 block is below