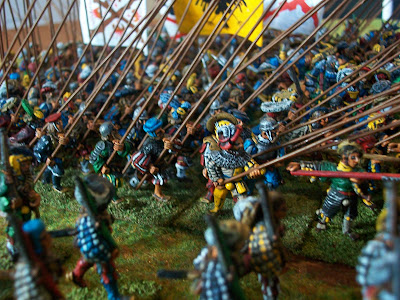 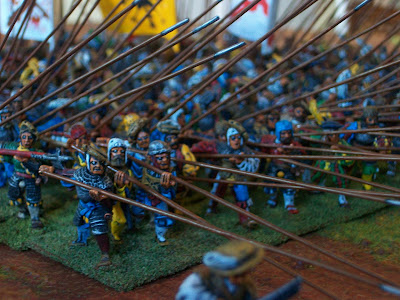 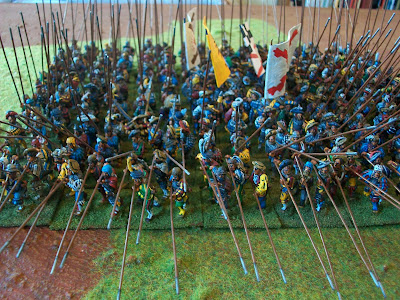 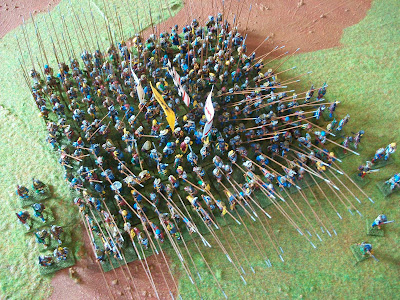 Following on from the Old Glory Landsknecht Pike I have completed some of their Landsknecht Artillery Crew. These are great figures with loads of character and they have the advantage that a lot of them can be used as general command figures as well as gun crews. I combined them with my foundry crewmen and guns to create quite a formidable gun battery!
﻿
﻿
The Italian villa is from Hovels Spanish 25mm range. Great buildings that are easy to paint and really help to set the scene for the Italian wars. I am not sure if they are 100% for the period but they certainly give the battlefield a good mediterranean flavour.


The below 2 pictures are of a couple of the Old Glory figures firing a gun by Redoubt Enterprises. I really like the figure with the linstock.

Slightly off topic (well about 40 years before historically) but I thought you might like to see a few photos of my activities this weekend. I donned my padded jack, kettle helm and breastplate for the annual reenactment of the Battle of Tewkesbury in Gloucestershire. I started reenacting when I was a teenager and this was my 16th year taking part in the battle! As always despite a few bruises and it being extremely hot it was a great weekend. Next for me will be Bosworth in August.